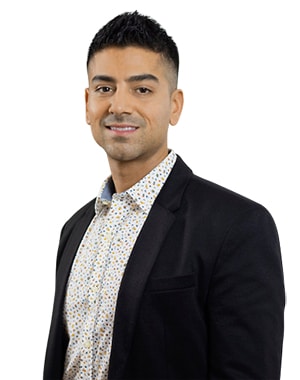 Dr. Mohammad Mainayar, or as most people call him Dr. Mo, is a native of the Pacific northwest graduating high school in 2000 from Redmond High School, obtaining his BA in Near Eastern Languages and Civilizations from the University of Washington in 2004, completing Dental School at the University of Pennsylvania in 2009, receiving his General Practice Residency certificate from the Philadelphia Veteran’s Affair Medical Center in 2010 and attaining his specialty degree in Orthodontics from the University of Pennsylvania in 2012. He’s excited to meet, treat and be with you on your journey to the perfect smile!

Born and raised on the Eastside he’s been practicing orthodontics now for almost ten years both in the Puget Sound area and recently for the past three years in New York City. He enjoys meeting new people, trying new restaurants, cooking, going to Seahawks games (hopefully Kraken games soon) and doing a wide variety of activities such as hiking, golfing, running, biking, swimming, kayaking, wakeboarding, traveling, playing and listening to music.

Dr. Mo is a member of the following professional associations: